Police are searching for a tech-savvy trio who used Snapchat to lure unsuspecting victims to locations in the Bronx, where they robbed them at knifepoint, officials said.

A female member of the crew communicated with their marks via the popular social media site. Each of the victims agreed to meet the woman in the Crotona Park area, where she greeted them—then asked them to wait while she visited a nearby store, according to the NYPD.

That’s when the two male members of the crew stole their possessions at knifepoint, officials said. 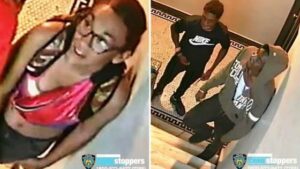 The three robberies happened July 11 and July 19, according to police.

None of the victims was injured, officials said.