Homicide detectives are using the latest in video enhancement technology as they work to identify the masked killers responsible for gunning down a Bronx motorcycle gang leader last week.

Francisco Rosado, 51, leader of the Pagans Motorcycle Club’s Bronx chapter, was assassinated May 2 during a daytime ambush in Allerton, his killers jumping out of a Jeep Cherokee and riddling his chest and head with bullets.

The gunmen, wearing black clothing and holding silencer-equipped pistols, were captured on surveillance footage moments before they opened fire. Rosado was engaged in conversation with someone nearby when his killers – each wearing a blue surgical mask – came upon him.

While no arrests had been announced as of Saturday afternoon, officials told Bronx Justice News the NYPD is using cutting-edge video enhancement and analysis tools to trace the gunmen and their getaway vehicle.

Of particular interest to detectives: the Jeep’s license plate, lettering on a sweatshirt worn by one of the assassins, and the killers’ footwear, authorities said. 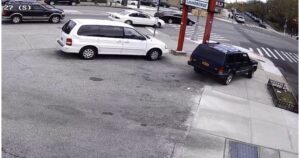 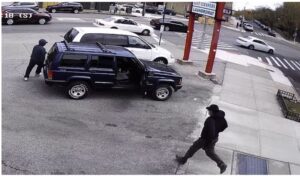 Investigators probing the apparent gangland hit believe it could be linked to the Pagans’ recent expansion efforts in New Jersey and other targeted swaths of the Northeast. The notorious national club is also engaged in a long and bloody war with the Hell’s Angels Motorycle Club, which, like the Pagans, double as violent street gang.

The Angels recently relocated their New York City headquarters from Manhattan to Throggs Neck, a move that drew the ire of the local Pagans chapter, as well as other motorcycle gangs.

On Jan. 2, the Angels’ Bronx clubhouse was fired upon by multiple shooters on motorcycles, who rode away and have not been caught, authorities said.

About Eric Klein 45 Articles
Eric Klein is an editor for Bronx Justice News. Born and bred in the Bronx, he lives on the Grand Concourse, where at least one member of his family has resided every year since the 1930s. Eric has two sons and, like them, is a die-hard New York Yankees fan.