The former head nurse at NYC Health + Hospitals/Jacobi’s psychiatric unit in the Bronx has died from COVID-19, authorities said Monday.

Freda Ocran, 50, succumbed to the virus Saturday after apparently becoming infected while treating sick New Yorkers at the hospital. Ocran was one of numerous Jacobi nurses to complain about a lack of safety gear and tests for front-line workers at the facility, which is experiencing a massive influx of coronavirus patients. 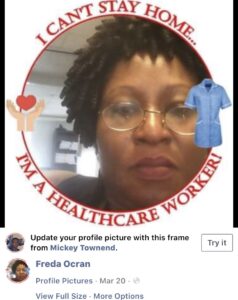 City health officials have declined to answer Bronx Justice News’ questions about how many people have died from the virus at Jacobi; how many ventilators the hospital possesses; and other questions about supply shortages.