Anijah Dicks, 17, called his mother from jail last week with an urgent plea.

Feverish, sick, and held in isolation, Anijah feared he had contracted COVID-19 from a fellow prisoner or staffer at Horizon Juvenile Center in the Bronx, a secretive facility where at least one coronavirus infection has been confirmed.

Anijah did not want to die while quarantined alone in a small room, he told his mom, but conditions in the juvenile detention center were rapidly deteriorating.

“He told me he has a fever, and that they put him in a room by himself,” Anijah’s mom, Melody Sanchez, told Bronx Justice News.  “What happens if he dies? Why not let him go?”

Sanchez said she’d tried everything to reach someone at Horizon, but no one had called her back about her son as of press time. 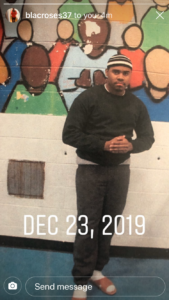 Sanchez is one of several parents who fear their teenage children are being neglected at Horizon amid the deadly coronavirus outbreak, which has infected dozens of prisoners and corrections staffers across the five boroughs.

Anijah may be especially vulnerable because of his history: The teen was the victim of “serious” abuse and neglect at the hands of Horizon staff last year—mistreatment that city and state officials have kept hidden from public scrutiny, a recent investigation by Bronx Justice News found.

Anijah, who is being held at Horizon on attempted murder and firearm charges stemming from a Jan. 4, 2019 shooting of a male victim in Brooklyn, has been unable to pay the $20,000 bond or $8,000 cash bail that would secure his release. He has pleaded not guilty.

While locked up at Horizon in 2019, he was subjected to “serious physical abuse, sexual abuse or other severe conduct by a subject” who worked at the facility, records show.

The documents, provided by the state to Anijah’s mother, said he was improperly given illegal, Schedule 1 drugs by a Horizon staffer—a public employee whose identity is still being withheld by both New York City and State.

Investigators deemed the incident a “Category 1” offense, which the Justice Center defines as “serious physical abuse, sexual abuse or other severe conduct by a subject.”

A second allegation, described as “Category 2 Neglect pursuant to Social Services Law S493(4)(b),” was also substantiated against the Horizon staffer, the letter to Anijah’s mother stated.

Horizon is overseen by staffers from the city’s Administration of Children’s Services, as well as the Department of Correction.

Neither ACS nor DOC responded to a reporter’s questions about Anijah’s condition, the number of confirmed coronavirus cases at Horizon, or about how parents of prisoners can get information about their childrens’ health.

Update: After Bronx Justice News inquired about Anijah’s health, his mother said she received a message from the city saying Horizon had been impacted by the coronavirus, and that extra efforts were being made to disinfect the facility. The note made no mention of Anijah’s health.