There’s been lots of talk lately of dismantling corrupt systems, mostly in relation to police brutality. But there’s another system that needs tearing down down if New Yorkers are to achieve true justice.

We must dismantle the city’s all-powerful political machines, starting in the Bronx.

My name is Lattina Brown. I’m a mother, activist, tenant organizer, and community leader dedicated to improving the lives of all Bronx residents. We can help do so by expanding access to high-quality, affordable housing and health care, immigrant services, education, bolstering women’s rights, and bringing communities of color together. 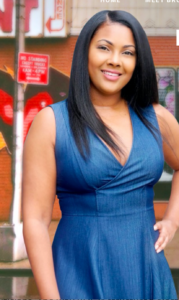 Myself and other political newcomers have dedicated our lives to helping poor and at-risk Bronxites. During the lead up to New York City’s democratic primary, held June 23, we boldly challenged the dominance of the borough political machines, political insiders, and big-money power brokers.

In response, the machines kicked into high gear: Their anti-democratic, corrupt, potentially illegal efforts saw party hacks and machine lawyers work around the clock to get newcomers thrown off the ballot, suppress voter turnout, and maintain their monopoly on power.

This network of “good old boys” and their allies carried out their work even as black and brown communities – the ones myself and other newcomers represent – were being ravaged, both physically and economically, by COVID-19 and economic inequality.

Our suffering isn’t new: The Bronx has been withering for decades. Corrupt electeds and their minions have failed us, building their own political fiefdoms –  enriching themselves and their families along the way – on the backs of the poor and working-class.

That’s why I’m calling for an investigation by the city and state into irregularities and potentially criminal election interference impacting this month’s primary results. I also demand the appointment of federal monitors for city primaries and general elections, lest they be corrupted again.

The ineptitude now being displayed in the Bronx, coupled with bare-knuckle machine politics, is seemingly endless: Missing ballots. Disorder and long lines at the polls. Lawyers working overtime to eliminate honest, committed opponents.

The machine’s weapons are powerful: Money. Power. Favors. Plus threats and whisper campaigns meant to belittle and destroy opponents. There are even candidates for office who, like my opponent, work for the city Board of Elections, using their positions to tilt the scales of state power in their favor.

This month, scores of Bronxites were disenfranchised by a system that failed to provide them with absentee ballots; an error the BOE blamed, inexcusably, on a backlog. Many residents in Hunts Point and Longwood Avenue suffer from underlying health issues, and could not venture out to vote amid a deadly pandemic without those ballots. The BOE knew this, yet failed to act.

There’s a name for this kind of activity. It’s called voter disenfranchisement, and it’s illegal.

Of course, there are plenty of Bronxites doing good within the system, too. Like members of the NYPD’s 41st precinct, Assembly member Inez Dickens, her chief of staff Lermond Mayes, and pastor Carolyn Marko, all of whom recently helped me get much-needed food to Bronx residents.

Decimated by decades of self-enrichment and corruption, our democracy – and borough – is hurting. But today’s a new day, and a powerful Movement is on the rise across America.

Let’s keep fighting. Machine politics can’t stop us if we refuse to quit.